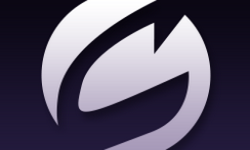 Akke is a Swedish veteran and TI3 champion. Alongside Puppey, Akke is widely acknowledged as one of the best Chen players in the world, though aside from his junglers, he’s largely known for his sacrificial support play on the likes of Keeper of the Light or Crystal Maiden. Akke holds a Bachelor’s degree in computer science and co-owns a software company that creates mobile apps. He also plays a lot of Smash and is a three times national Nintendo champion.