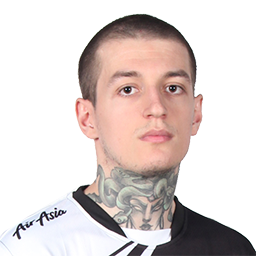 Nikolay "Nikobaby" Nikolov is a Bulgarian carry player for Alliance. Nikobaby has been playing on professional Dota 2 teams since 2014 but his teams never qualified for top tier tournaments. His big break came in 2019, when he joined Mineski as their carry. The team qualified for The International 2019, and he showed up on the biggest Dota 2 stage. Following The International 2019, he joined Alliance, and they immediately won a major tournament. Nikobaby is known for his play on Slark, Anti Mage, and Queen of Pain.