Last time we have briefly covered the heroes that are popular in the professional games. Given the format, it was rather hard to go into higher detail with certain heroes, hence a follow up felt required. Today we will discuss some of the heroes which did not get enough attention in the professional tier list or were just released in the Captains Mode.

There is a reason why

Terrorblade became so popular after his addition to the Captains Mode - the hero is undeniably strong with both pushing and carry capabilities, ability to flash-farm and a decent early-game presence.

Is it still the case after the 6.82c nerfs? To a large extent it is. Indeed, he has lost a great deal of tankiness on his illusions, not only shortening their lifespan, but also making it a lot easier to figure out the main hero, however, the damage output remained unchanged, which means that he is still great at pushing and, given a proper setup from his team to safely autoattack, can still kill most heroes relatively fast.

At the same time, the fact that the hero was nerfed has prevented many teams from drafting him due to the psychological aspect of it - he is weaker, but he might be perceived weaker even more than he actually is. All in all, he became a niche pick for teams like Cloud9 in more or less the same manner as

Razor is picked for EG - both teams have players which are exceptional on their respective heroes, even by the professional standards.

This hero was released the same day as

Terrorblade, however he just made it into the Captains mode. Most teams did not have a chance to try him out in the competitive scene quite yet, however, the strength of the hero is undeniable.

Generally played as a position 3 core in pubs, we feel like the hero will remain in the offlane in the professional scene as well - he needs a decent amount of experience and levels to be effective, but does not necessarily need a lot of gold. He has all the right tools to escape incoming ganks as well as enough damage output to stress the enemy he is facing (unless the enemy drafted

On top of that, he combos extremely well with heroes that have long-cooldown regular abilities that are extremely strong. He does need to get his

Aghanim's Scepter first, but the possibility of a double

Nether Ward without the need for a

What is our prediction for the hero? We believe that he is not necessarily the first pick/ban material. For the most part, he is going to be a very strong surprise pick in unconventional drafts. Some extra aggressive teamfight/push lineups could derive a lot of utility from him and, hopefully, we will see a lot of fresh ideas in the pro scene.

A well-known pubstomper in the higher tiers of ranked matchmaking is finally making it back into the Captains Mode. Yet again, the hero is surprisingly unnerfed, when entering the professional scene.

Should she be nerfed though, is a good question. On one hand we have one of the most reliable offlaners that can ensure an almost 100% XP gain from a lane in pretty much every situation. She is also a very decent semi-carry and can even be described as "anti-carry", with the built-in misses. And she is godly at pushing a lane.

On the other hand, she is easily counterpicked, as pretty much any hero with a decent waveclear will not only prevent the push, but will also earn a lot of gold rewards in the process. She also doesn't scale particularly well. And her pushing is restricted to one lane at a time, though changing the priority lane is now easier with the charge system.

Are we going to see a lot of her in professional games? As in case of

Phoenix, we believe that she can be an amazing situational pick, but she is certainly not a first/second pick material.

Broodmother should be played and drafted with the "element of surprise" concept in mind.

Dota 2 has a rather rich lore, if one goes into depths of it. While not exactly explaining why Radiant and Dire are in never-ending struggle for MMR points, it does provide a great deal of explanations for where the powers of the heroes come from. And all of them more or less fit into the whole picture.

Reaper's Scythe is the only ability that ignores the rules of the game as a whole, albeit only when the

Necrophos is in the possession of an

Aghanim's Scepter. And that is what makes the hero not only interesting by design, but also situationally overpowered.

A typical game of Dota, especially in the current patch, is a back-and-forth swing, unless it is a complete stomp. And I am not talking about the XP/Gold graphs, but rather about the flow of the game, momentum each side has. And that swing keeps on swinging until the teams get to a point, where a lost teamfight means a lost game - most of the towers are gone and creeps get cleared really fast.

And at this point in game, the buyback mechanics come into play - getting the core hero out of the tavern to defend against a team, which has probably used most of their big cooldowns in the previous fight can turn the game around. Unless the enemy has a

In many situations, the hero in question will not only not have an option to buyback, but will also have 30 extra seconds to wait, before getting back into the fight. It usually means more than 2 minutes of a 4vs5 and that is something really hard to deal with.

While the hero itself is not the hardest of carries, a smart play from him can ensure a victory in the direst of situations. And that is the reason why he is getting popularity and has a very high Win Rate. Was losing for 45 minutes with score of like 45:5? Then won 1 teamfight when enemy team was pushing down our ancient, then counter pushed and pushed their all mid towers + ancient in literally 2 minutes, with terrorblade. He is so imba this patch.

Unbalanced? Terrorblade is so easy to kill. Necrophos on the other hand is still completely unbalanced with that scepter upgrade.

Terrorblade is really easy to gank before he gets his manta and skadi. An average pub will probably only farm those two items about 40+ which gives you a LOT of time to go and kill him. If you are a TB player like me who gets around 10 cs/ min, you should get those at 25-30

If you only get your skadi at 40 minutes on average, you shouldn't be playing TB. At least not in ranked till you learn how to play him. There will always be those games where you're driven back to your base and have to turtle with somewhat slower farm, but provided I have a manta, I can almost always do a massive amount of base defense with just the TB illusions.

And if you're shut down that hard, seriously consider a talisman of evasion before finishing skadi. The evasion can let your illusions survive longer when cutting creepwaves and farming out from under your opponents noses. If you're 45:5 and still don't win or save money for buyback, it's your own problem dude. Necro is just too imba. I personally think that Necro's Reaper's Scythe is overshadowing the current imbalance of Heartstopper Aura, being Negative HP Regeneration instead of actual damage that CAN be negated makes it such that the only way to counter it is with HP Regen items. I have died so many times to Heartstopper Aura in pubs already it's getting bloody annoying, and it is extremely effective against Armlet-Toggling heroes like Lifestealer, Wraith King, occasionally Legion Commander and Sniper etc. Huskar is also killed easily by Heartstopper Aura. I really believe that the aura is being overlooked quite a bit here. tb will wipe your team once he gets manta+skadi. Thats just 20-25 minutes Tb has only one slow and no stun, anyone with a working escape mechanism can pretty much spit in tbs face and get out for free. Tb's dps completely done with his right clicks, in early mid game , either himself nor his illusions can live long enough to do their job. and about flash farm unless tb build a radiance he won't out farm flash farm carries like am or naga or even Luna if there were stacks, yet these guys offer way more than tb and mostly importantly safer. So I think tb is balanced at least after the nerf, a good ganker can shut him down(slark: u can't swap what u can't c~). And he can still be outcarried by harder carries, like spectre.

maybe give terrorblade a 2.5s stun if he hits 3 basic attacks on the same target srsly being able to escape tb is considered a counter now? Look at the profiles of people saying Necrolyte is OP and TB is bad, they are all in the "high skill bracket" which is just 3500~ mmr. I have found a fast blink dagger to be one of the most effective items on TB, moreso than an early Yasha, allowing for kills almost as soon as you get it due to the blink+ult+Q combo, as well as an escape from ganks. I am surprised I have never seen anyone other than myself pick it up. There are games where getting 2250 gold straight after treads is a challenge and it is easier to get a Yasha, but I still feel it is massively undervalued on the hero. 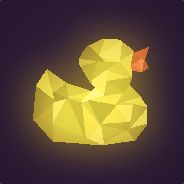 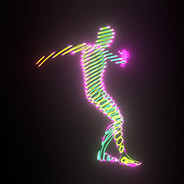 They think they will free farm with TB till 30-40 to get Skadi and Manta ROFL .. Enemy team is so dumb ? xD TB is easily counter-picked with good AOE damage dealers such as Earthshaker. early to mid game. Especially at competitive pubs where most offlaners kills him due to his relatively small base HP.