Can Tempo Items Make a Comeback?

A couple of weeks ago we talked about Mage Slayer—a potentially underrated tempo item that could still use a couple of buffs, but is not necessarily underpowered. Today we would like to continue discussion on items in a somewhat similar position. Items that are ignored by most of the professional community and high level pubs, but might make a comeback after small buffs or some meta changes.

The Tempo Item from a couple of years ago has been seemingly absent from the game for a pretty long period of time. There are definitely good reasons for it: it no longer works as a general “stat” item on cores and neither does it fully suit support players. Though we believe the latter point can be argued.

A constant +20 MS Aura and an ability to gain a Yasha derivative movement speed bonus on top should never be underestimated, especially after all the mobility and movement speed nerfs in the last couple of patches. Having this item on a frontline position four support like Earth Spirit or Tusk can make all the difference and the +45 AS bonus is also far from trivial. We’ve talked about it before, but players keep on consistently undervaluing the effects of Attack Speed on DPS.

It is also quite cheap and has a really easy buildup, though the recipe that doesn’t boost any stats and only gives the aura and the active ability is a con. However, as mentioned previously, we believe they are worth the asking price.

We can reasonably see this item on a multitude of support heroes in games, where there is no perfect game-changing item. Sometimes your team needs a Glimmer Cape on position five ASAP, sometimes it is Force Staff. But when neither is a number one priority and a support finds themselves with a little extra money after a teamfight, pushing the advantage with Drum of Endurance can be a good decision.

If there is a poster child for Underrated in Dota, it has to be Vladmir’s Offering. With the exception of a very experimental 7.27, the item has always been top tier, providing one of the strongest auras in the game. Possibly the strongest, if a bit unfocused.

Here lies the item’s biggest problem: players don’t know when to build it. When facing heavy magic burst, offlaners build a Pipe of Insight. When it is something like Visage, Crimson comes to mind. Targeted spells and annoying debuffs? Lotus Orb is the answer.

Vladmir's Offering is never a perfect answer for what the enemy has. It is the Dragon Knight of items: unremarkable, but very reliable and efficient. The question is, does it have a place in the current meta?

It has an almost 60% win rate as an end-game item, but it was built in less than 1% of all games, so this statistic is close to being completely meaningless. Yet we still believe that it can be a good fit in the current patch without any further changes or buffs.

Current game revolves around hyper-cores like Luna and Terrorblade. Both of them are agility-based, both of them build stats and both of them could use some extra lifesteal. Vladimir’s Offering on either support or the offlane will start providing massive teamifight and pushing benefits as soon as it is built, and will remain highly effective until the very end of the game, when two most popular and successful cores are in question. Many other popular carries like Phantom Lancer, Faceless Void, Spectre, Juggernaut etc. are in a similar position.

The mana regeneration and armor aura should not be underestimated either. Mainly benefitting frontline heroes and supports, it can keep the ball rolling after a successful teamfight. There is a common complaint about how hard it is to breach highground even after a successful engagement and how long games get because of it. Well, Vladimir’s Offering might be the answer.

Helm of the Dominator and

Helm of the Overlord

Only the former can be considered a Tempo item and ever since Zoo meta was deleted from the game, we’ve started seeing less and less of it. It is also the only item in today’s discussion that has a sub-50% win rate as an end-game slot, though it was only built in 0.08% of all games in the last month, so the stats are almost as useless as the item itself. Or is it actually useless?

We think Helm of the Dominator might have some niche uses we are not aware of. It is a stat item, but with a recipe of 975 gold, +2 stats and +1 HP regen, we also think it should have a much stronger active ability or some aura. You do get a potential aura from the dominated creep, though most of them are pretty lacklustre. In fact, previously discussed Vladmir’s Offering has comparable auras. Four of them.

It can be used for stacking, but at 2400 gold it is not a good item on supports. It can be decent, sure, but the opportunity cost is just too high. Another problem is that even with some godly macro, when you squeeze out 90%+ efficiency out of the item, stacking when necessary and ganking when possible, at the end of the day it is still a 380 MS creep.

Moreover, while the item does have a seemingly powerful progression in the form of the Helm of the Overlord, it is just too damn expensive. Getting HotO means spending almost 2600 gold on recipes and stat-wise you get +6 to all attributes, 3 HP regen and 2 extra armor.

Naturally, you don’t get HotD or HotO for stats and attributes, but once again, even the Ancient Auras, even two of them, are rarely worth it: the Thunderhide camp is fun, but the War Drums Aura and the potentially strong Frenzy active are on different creeps for some reason. Granite Aura is cool, especially in the current tanky meta, but we are not sure it is a game-changer.

We also don’t know why Black Dragon’s Dragonhide Aura is effectively the same as Toughness Aura. Sure, it stacks with itself, but if a Chen player with Agh’s and HotO gets his hands on five Black Dragons, his team probably deserves +15 Armor and it will make a difference, but we still think the opportunity cost and the unreliability is just too high.

Overall, of all three items discussed today, we believe only HotO needs a buff and a very big one as well. The other two items could use some love, but changes to the meta and the pace of the game could realistically bring them to the forefront. In fact, both of them might even make a comeback in the current patch as it is.

Do you agree with our assessment and are you ready to give Vladmir’s a chance, or do you think that some global changes to the game are necessary to bring these items back? Leave your thoughts in the comment section below. “Vlads for the lads,” according to P Flax. Currently going to rush helm of the overlord on my chen solo queues now. Thanks Dotabuff! Meta is created based on strong items in the patch, sounds logic, right? But one of the most important meta creators are celebrities. In our case pro players. If pro players consider certain items strong, they will buy them, and because they buy them, everybody else buys them. Thats the problem. And i dont really see how it can be solved. Certain items are not taking into consideration exactly till the moment when a pro buys it and shows a good game with it. I remember Topson on Gyro with diffusial, or miracle diffusial on anti mage. There are a lot of situations like that. Its even getting ridiculous sometimes. I think it will never change. At least i highly doubt about it. War Drums Aura was removed from thunderhide camp, now we have an AoE slow and Frenzy I haven't seen a HotO in a single game, so yes that item most definitely could use a sizeable buff in some form.

HotO is a good Clinkz only item atm imo. 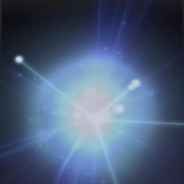 There is a bug that renders Drum worthless: when you use up the charges and try to sell it, the item just disappears from your inventory, with no gold gained. If they removed the charges and had unlimited uses for the active, with maybe a slightly longer cooldown for balance, Drum should make a comeback.

We're looking for Dotabuff Plus subscribers to share feedback in an online survey. If you have opinions about Dotabuff Plus and a few minutes to spare, please complete the survey for a chance to be interviewed and win a free $20 Steam Gift Card!