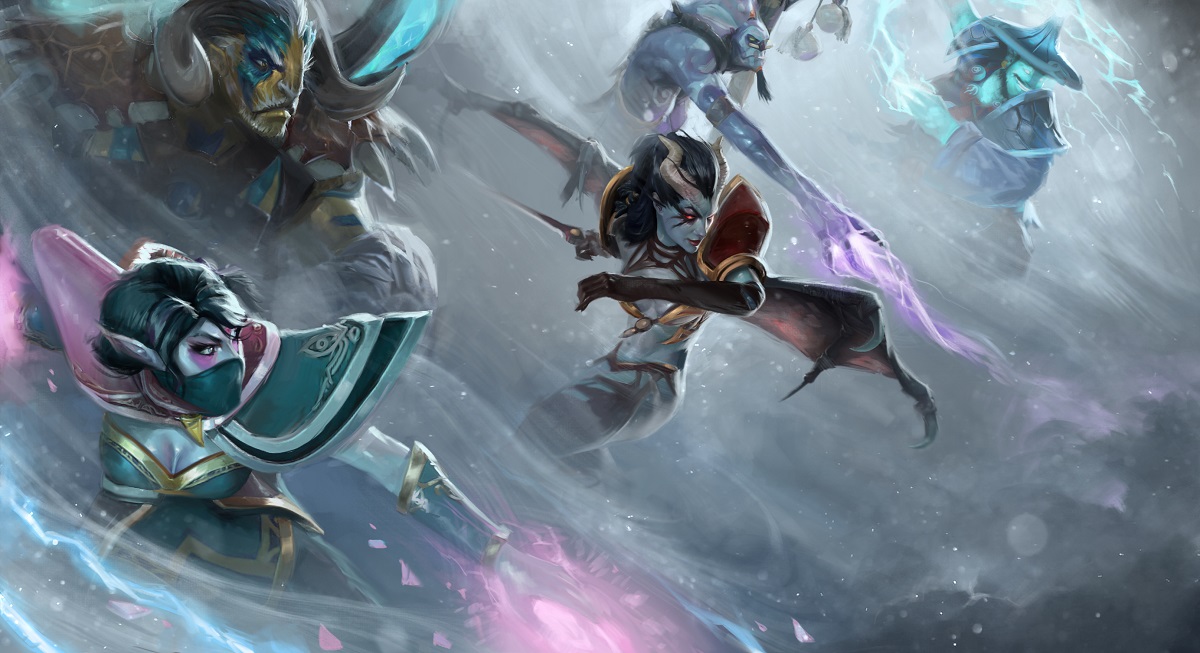 We now know our eighteen TI10 competitors. The International qualifiers were especially brutal this year, with many notable teams and players not making it to the biggest tournament of the year. It also resulted in an unbelievably high level of Dota being played and today we would like to discuss the very rapid meta developments and the regional differences of the professional scene.

Lion and Hoodwink: the most coveted supports

The popularity of these two heroes was ubiquitously high across all regions, with a notable exception of SEA, who didn’t care for Hoodwink at all. These heroes have one very important thing in common: a very high-damaging nuke that can allow for quick pick-offs.

It seems high burst damage is the answer to the Holy Locket and Heal meta we saw at the AniMajor. It is also one of the reasons we’ve seen the return of core Lina as well. Having a way to immediately erase a target is precious when half the teams are picking tanky cores and pouring tons of extra HP into them.

It is also worth noting that while Lion is strictly superior in terms of single target catch and disables, Hoodwink can be a stronger teamfight hero and has access to Break. She also has a considerably lower cooldown on her ultimate, so as long as her team has a setup for her, she can dish out tons of damage.

Luna and Terrorblade: getting nerfed?

Luna and Terrorblade are locked in this weird relationship, where they slightly counter and are getting countered by each other. Terrorblade’s Reflection on a Luna who already used her Manta can be very problematic not only for Luna herself but also to her team. While Luna’s massive magic damage can be a huge problem for Terrorblade in the midgame, as long as her team has enough control.

These two heroes were the two most popular carry picks across all regions and for a good reason: they scale for a very long time, with decent Aghanim’s Scepter and Shards, which don’t take up a slot. They also farm very fast and can even push some early timings with a good enough laning stage. These heroes are very good at multiple things and it is almost guaranteed we are going to see them slightly tweaked before the International.

North America and Russia were the two regions that still didn’t give up on Ancient Apparition and it seems there are good reasons for it. The hero performs really well and makes a lot of sense meta-wise. We’ve already talked about how Lion and Hoodwink are great at bursting down a target and that makes them great in the current heal-oriented meta. Well, Ancient Apparition can be even better.

The problem with the hero is the lack of reliable disables. Damage amplification on Ice Vortex is great and with Shard it becomes the most annoying anti-blink tool in the game to deal with. Chilling Touch is also great during the laning stage and as some extra poke in the teamfights. Cold Feet, however, is a rather wonky follow-up disable.

It needs 4+ seconds of setup, otherwise, it is most likely getting Manta, BKB, or Lotus-dispelled. It is also disproportionately punished by multiple neutral items and that is probably the biggest reason other regions prefer Lion and Hoodwink. AA at his best can do much more, but he is also weaker at his worst. Though we as spectators can’t complain about NA and Eastern Europe's high risk-high reward approach.

Puck is a conceptually strong hero: potentially BKB-piercing teamfight controlling ultimate on top of high early game tempo, elusiveness and even late-game scaling in terms of damage make for a pretty scary combination. However, the recent series of nerfs resulted in them getting to below 50% win rate everywhere, except for China and SEA.

These two regions still value the hero highly and are very successful at piloting them: both have an above 55% win rate for Puck, and that is with Lion in every second game as a given.

China’s approach to Puck is also quite different to the rest of the world, SEA included. Instead of a greedier, more selfish Witch Blade, Chinese Puck players typically go for teamfight-oriented Veil of Discord and progress into extra survivability, elusiveness and teamfight control, rather than Magic Burst.

12 games played, 12 games won — those are Invoker stats in the EU qualifiers. To be fair, the hero was doing very well across the board, with an overall win rate approaching 67%.

Invoker was almost exclusively played in his Quas-Wex form, concentrating on teamfight resets and setups. The most common build, at least in the European region, was 4 Quas, 5 Wex and then maxing out Exort, when damage becomes a priority.

Hand of Midas was also a fairly common purchase: usually associated with Exort-heavy Invoker, this item allows more active and less farm-oriented Invoker players to keep up in terms of XP and Net Worth even when fights don’t go fully as planned.

Overall we feel like Invoker being strong is always good for spectators: the hero is always a treat to watch, especially in the hands of players like Topson.

What did you think of the regional qualifiers? Are you as excited for TI as we are and who will you be rooting for in October? I'm rooting for myself. Me love me. Bane is still an incredibly niche pick and Vale still can't don't know how to buff him into viability, despite the multiple reworks to Enfeeble and his Aghanim's upgrade. Maybe some day... In the hands of a player like Topson? He is way overrated and Miracle is a way better invoker player imo @Scarlet,
I guess I must have dreamt that Topson is one of only 5 ever 2-time winning TI players.... "ubiquitously" really? Don't try to cover up your hollow article with useless complicated words buddy. Almost no one speaks English as their first language in here anyway.

@Xspercter8 I am not a native speaker either, I was born and raised in a Russian-speaking country and we take pride in how rich our vocabulary and literary history is. I try to apply the same principles I was taught in Rus. Lit to English language, where every word has a purpose and place, and every sentence junction has a perfect fit.

"Ubiquitously" is a cool word and it was a perfect fit for the message I was trying to convey. @KawaiiSocks I agree, also people can simply google search the words and enrich their vocabulary, you are doing great in being deliberate in the way you write. I logged in just to say how hard @KawaiiSocks owned @XSpecter8 with his reply. Well done.

Dotabuff Plus has a new feature: Hero Mastery! See how your performance on each hero stacks up against the competition. Subscribe to Dotabuff Plus now at a limited-time holiday price!