Heroes who will be Meta: Chaos Knight As Dota 2 develops from patch to patch, there is a general strategy that Icefrog employs to balance the game. Highly picked heroes, especially those with good win rates, receive some nerfs to push their popularity lower. Meanwhile, less picked heroes with poor win rates receive buffs to try and equalize their popularity. Because a Dota meta takes a long time to evolve and categorize each hero, there are plenty of opportunities for lesser-picked heroes to be perceived as weak while actually being strong. Over a series of patch cycles, we will often see heroes get incrementally pushed forward by Icefrog, especially if they have been out of the meta for a long time.

One cool tactic is to try and find these niche heroes that are on the rise but not quite there yet. If we can uncover a hidden gem of a hero that is actually quite good but not being picked, it might still receive another round of buffs in the next patch that pushes it into the realm of overpowered. One example of a hero that has received significant changes and buffs over the past several patches and might be just one patch away from taking over the meta is

Chaos Knight is a hero who has struggled to find a solid place in the hero meta for years. The hero appears to be a strong laning carry who can snowball off of kills early. Unfortunately for CK, the hero needs a ton of stats and is extremely reliant on his ultimate to do damage. Because of his extremely mediocre farming potential, players have been forced to make awkward item choices to try and solve multiple weaknesses.

As of right now, Chaos Knight maintains a 52%+ win rate in every MMR bracket while being picked less than 10% of the time. In fact, outside of sub-2000 MMR games, CK sits below 7% pick rate. There has been a bit of experimentation with Chaos Knight in pro games as both a carry and offlaner but the hero has never fully caught on. This has caused Icefrog to start buffing the hero incrementally since patch 7.23b almost 20 months ago.

Since last 2019, Chaos Knight has gotten buffs to his base armor and agility. Nearly all of his abilities have been nudged forward in effectiveness with little cooldown or damage tweaks. These little changes are great but don’t solve his core issues. However, patch 7.27b may have been a turning point for the hero. Icefrog made Phantasm spawn less illusions early but made them all deal 100% damage. This effectively gives Chaos Knight double damage at level one of the skill, triple damage at level two, and quadruple damage at level three. The patch also reduced the mana cost by 100 at max level and took the cooldown to only 75 seconds.

Patch 7.28 addressed another big issue for CK which is spreading his damage around in fights. The new Aghanim’s Shard adds a 100% damage CK illusion to every Chaos Bolt which gives the hero extremely high kill potential on supports with very little commitment. Patch 7.29 pushed the hero even further by giving CK a 35% cleave talent at level 15 which is right around when other carry heroes tend to start out scaling CK in farming speed. Remember, Battlefury only does 40% cleave to creeps so it is a massive change for a hero that never wanted to build a farming item other than maybe Hand of Midas.

Even with all these changes, Chaos Knight goes mostly ignored. This could prompt yet another round of buffs in the next patch cycle. One other thing to note is that many of the heavy stats items like Echo Saber, Sange and Yasha, Eye of Skadi, and Satanic are extremely strong and play directly into what Chaos Knight wants to build. It really does feel like Chaos Knight might already be viable and certainly is worth keeping an eye on when the next patch notes roll out of Valve HQ.

Who else is secretly good?

Before you head over to the meta tab and look for the next secretly good hero, there are a couple of important things to remember. Yes, a hero like Clinkz has gotten some nice buffs recently and the hero does have a pretty good win rate with a lower pick rate. However, Clinkz has also seen a couple of nerfs interspersed in the changes. Sniper is another great example of a hero who has also been out of the meta for quite some time and seen a series of positive changes. Unfortunately for Sniper, many of his changes address core ability mechanics that remain relatively straightforward and weak. His stats are still mediocre and his main playstyle of long-range damage has not changed.

Icefrog has attempted to give Sniper a bit more mobility with his Aghanim’s Shard (Concussive Grenade) but it does not feel like enough to survive against the hypermobile mid lane meta. Most of Sniper’s core weaknesses remain unaddressed. Until Sniper has a reliable way to take fights with confidence and safely farm the map, he is likely to remain a very niche pick. It takes a real perfect storm of hero buffs, item buffs, and the correct hero meta for a hero to jump from irrelevance into a meta-defining role.

Regardless of whether Chaos Knight is the next big thing in Dota, the evolution of the meta never stops. What other heroes might be hiding in the shadows and waiting for the perfect combination of circumstances to rise up and change how the game is played? Let us know in the comments below! Those who play meta heroes to rank up shall be doomed to lose. The problem is CK's illusions take too much dmg. One nuke and they are dead I'm keeping my eye on Slark. I think He could be a sleeper powerhouse given the rise of big carrys. i agree slark has nice late game potential with shards 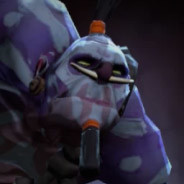 I'm surprised there's not more Arc Warden being played in the mid lane/safelane. Seeing lots of ranged cores like Luna/TB/TA that can safely push out lanes and go back to jungle rather easily, I figure Arc Warden clone to push lanes safely would be picked more often...

Granted he can't really farm stacks super quick (unlike these other cores) until he gets a maelstrom.