The new 7.28 patch has brought a new layer of complexity and experimentation to Dota 2 in the form of Aghanim’s Shards. The introduction of Shards has allowed new strategies and builds to be more viable. One of the newest strategies to come out of the woodwork is playing Mirana in a core position.

For a long time, Mirana has been considered a soft support who can build utility for the team and provide a very good follow-up stun. However, with the introduction of her shard, which gives her one extra Leap charge and a consistent 1.5x critical damage boost over 2.5 seconds, she is now able to be played in a core position. This guide will give you all you need to play core Mirana in your pubs.

Mirana is an extremely flexible pick that can be picked early and be run in many different situations. Her mobility allows her to survive and farm lanes that most other melee hard carries would have a hard time in — and now has an extra tool in the form of the Aghanim’s Shard to supplement her damage and increase her mobility even further with an extra Leap charge. The hope is that with the introduction of these new shards, different playstyles will once again become viable, and Mirana core is definitely one of them. Mirana exists as an extremely survivable core who can be played in either the mid or off lane positions with the safe lane also being a niche option. While she is not the hardest carry out there, her strength comes from her ability to survive with Leap while being able to follow up her supports with a secondary stun in the form of Sacred Arrow.

Mirana has become more of a viable pick due to how flexible she can be in multiple positions on the map. The first is as a survivable offlaner who is able to maintain her distance and still farm. If you are picking an offlane Mirana, you would probably be picking it after two supports have been shown in the pick order. Some heroes to pay attention to are:Treant, Undying, and Winter Wyvern. As a Mirana with multiple leap charges, there is almost nothing these heroes can do to go aggressive or push you out of the lane, while you are able to contest last hits and harass the carry with your range.

Another direction to take core Mirana would be to be extra aggressive with another support, making use of some guaranteed disable in order to land easy arrows. Some heroes to look out for on your side that pair well with Mirana are Shadow Shaman, Ogre Magi, Bane, Lich, and Earthshaker. Most times, an arrow from almost any distance in combination with a disable will guarantee you a kill.

Playing her Mid is just as viable, and follows the same item builds given above, except you have the option of going for bottle. Another thing to keep in mind is that it is more difficult to land arrows mid because of the lack of angles and that the enemy is more cognizant of your position at all times. I would recommend Arrow to confirm the last hit on a range creep or farming a larger jungle camp as the arrow one-shots any single neutral creep.

Mirana’s item builds tend to vary from game to game, but here is a general flow chart of what your best options are in different situations.

In most games, you will be starting with at least one Wraith Band, a Magic Wand, and either Power Treads mid or Arcane Boots if you need mana sustain in the offlane. From there, you usually go Maelstrom if you are able to safely farm and push out lanes. If there are specific spells that you need to purge, then Manta Style is also an option.

After either one of those the possibilities are really endless — but here is where I recommend you buy the Shard and attempt to fight with your team, the Maelstrom in addition with the 1.5x critical hit chance makes you a very strong fighter with those two items. After the Shard, you could go Butterfly if you want the miss chance, you could upgrade your Maelstrom to a Mjollinr or a Gliepnir depending on the situation, or even go a Mage Slayer if the enemy team has a lot of strong magic-based damage. Remember that one of Mirana’s strengths is that she can go to a variety of items for different situations. Being able to read which items are appropriate for which situations will come with practice and time.

While Mirana is extremely flexible as a core, there are still several counters that you should not pick Mirana into. Mirana’s primary counters are mainly illusion based heroes due to her lack of AOE damage outside of Starstorm. According to Dotabuff, Mirana’s worst match-ups are Meepo (-2.78%), Chen (-2.30%), and Broodmother (-2.22%), all heroes which depend on overwhelming you with numbers that core Mirana cannot deal with. Other types of heroes to look out for are ones that have disable and can burst you, like Tiny, Lion or Lina, or Heroes that can ignore your damage entirely due to innate tankiness like Terrorblade or Lycan.

Mirana is an extremely flexible pick that can be picked early and be run in many different situations. Her mobility allows her to survive and farm lanes that most other melee hard carries would have a hard time in — and now has an extra tool in the form of the Aghanim’s Shard to supplement her damage and increase her mobility even further with an extra Leap charge. The hope is that with the introduction of these new shards, different playstyles will once again become viable, and Mirana core is definitely one of them. Good read btw, mirana pos 3 might be coming back into the meta with the shards upgrade Thank you for the nice article, I am forwarding it to my friend Rationally Furious Frawg who rushes aghs on Mirana. ;) @Fire...AND ICE I havent explored the aghs enough to make a decision about it when I wrote this! I think the use case for it would be using it while she is an offlane pick, constantly pushing out the deadlane wave with a long range arrow, and all you want to do is extend the game. Idk how good it is for fighting at the moment, am still testing it out. ty for reading though! :)

Hi, I've been translating your posts into Spanish for my Dota 2 Facebook group for... Wow, 3 years already (Giving credit and linking the original pages, of course). I just wanted to say that you generally have really good content and that I'm glad to do what I do so that it can reach a part of the wider non-English speaking community. Keep up the great work! Kudos from Argentina.

Nature prophets Hard has made him a megabeast at taking towers again just like in the Good old days aswell as counter hatchet. can someone explain to me, why an archon with <49% winrate is making "educational" dotabuff blog posts 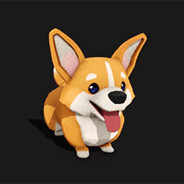 Great read! Will forward to my brother. I'm a Mirana spammer, and as I have played with her several years (I mean, since I began playing Dota 2 four years ago), I know many things about this hero. I'm just glad to say that I know her so much that even the pros agree with my strategies and builds. So happy now.

^ congratz, now you can put it in your resume!