Winners and Losers of Patch 7.25

7.25 didn’t take long to completely shake up the meta. Gone are most of the previous patch favorites and a handful of new heroes are now dominating high level matchmaking. Today we would like to take a look at the biggest winners and losers of the latest Dota balance patch.

Lycan is the defining hero of the patch, at least until he gets nerfed. He will almost definitely get nerfed, since a 67.5% win rate with a 13.5% pick rate in the Divine+ bracket is easily the most overpowered a hero has been in pubs for ages.

Extra four seconds of Shapeshift on top of extra regen in lane made the hero a nuisance to play against at all stages of the game. He can’t be realistically outharassed in lane by most dual lanes, he always has an option to start jungling and come early midgame he can and will be incredible at both focusing down isolated targets and pushing.

Previously players facing Lycan could hope for the late-game, where the hero tended to fall off, but with the help of talents and proper itemization Lycan doesn’t really lose his potency too much. Sure, he can’t compare to heroes like Sven or Phantom Assassin in terms of DPS in the late game, but he doesn’t need to, since his extra mobility typically allows him to choose advantageous fights and there is always the option to split-push.

When it comes to dealing with the hero, our biggest advice would be to keep a close eye on the counters tab for the hero and rushing Crimson Guard on your offlaners.

Weaver got pretty massive sustain buffs in patch 7.25 and it shows. The hero won 61% of his Divine+ games this week, though his popularity still remains quite low. We fully expect more players to start using the hero in the coming days, once everyone realizes how powerful of a laner and midgame fighter he is right now.

The extra mana and mana regen means Weaver essentially gets to spam Shukuchi in lane as much as he wants to, constantly finding ways to advantageously trade. Given decent base damage and the ability to attack twice, Weaver can punish low-armor heroes with ease, while staying relatively safe himself. He can’t really boast high HP and Armor, but the mobility more than makes up for it, especially after the hero hits level five.

Going for early sustain items and some extra armor is advised, if you know you are going to face Weaver in lane, since otherwise he will quickly chew through your resources and have a free reign over the part of the map. While it can be problematic to fully shut down the hero, you can definitely mitigate his early game prowess with calculated pressure and by simply staying alive: Weaver isn’t the fastest of farmers and he typically relies on kills for his economy.

Puck’s been nerfed several patches in a row and while he still does reasonably well in the lower level brackets, his win rate in Divine+ this week is pretty underwhelming, not even reaching 47%. Once a potent laner with one of the highest starting base damage, Puck is now a shadow of his former self.

Was the last nerf too much? We don’t think so and Puck is still a force to be reckoned with in the lower divisions. He is still one of the best initiators and fixators for his team, but the problem for higher level players is getting there. The current pace of the game is incredibly high and we feel like Puck doesn’t necessarily have the time to come fully online, unless he has an incredible start and gets a chance to kill the enemy sidelines multiple times.

Pudge is the most iconic Dota hero, he has been the most played Dota 2 hero for as long as Dota 2 existed, forfeiting this position only a handful of times, typically around hero releases. He is also exceptionally inconsistent and generally weak in higher level games and for some reason Valve decided to make him even worse.

There is no bracket where Pudge reaches 50% win rate now. In fact, he is at his best in Archon where he barely gets to 48%. He is, in all regards, an underpowered hero, especially after his regen has been taken from him in the latest patch. While the extra magic resistance definitely helps, it does close to nothing in lane and without the innate sustain Pudge simply can’t be as threatening as he once was.

We often say that the beauty of Dota is that no matter how bad the hero is in terms of stats or how nerfed they got, there is still a game where they can be an absolute best pick for the situation and their unique skill set is exactly what their team needs to win the game. Well, we were wrong. 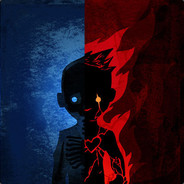 There is no game where Pudge is a perfect pick, please dont teach these things to Archons in here

Honestly I feel pudge should be more viable. There was a time where he was overpowered and that was unacceptable, but the most popular hero should have a moderate amount of love at the very least Pudge was definitely overnerfed, the last patch pudge was pretty fine with 27 scnds cd hook, 11% slow Rot, and 4 regen, lower interval dismember (Dismember deals damage at first tick, which means with lower intervals, it deals less damage if Dismember is canceled in less than 1 second) and he was barely on 50% wr, then I don't know what valve thinking, they decided to remove the regen and substitute it with meager 8% magic resist.

I think the idea is first item ring of Tarasque for pudge, but with regen removed and no armor, Pudge becomes really bad when laning beside midlane. Previously, Pudge was a decent choice against support sky or any magic support on offlane Well, its time to spam the dog again I played Lycan recently on my smurf and with Dominated Alpha Wolf, Necro 3, ac and deso I took 2 sets of raxx under backdoor protection while my team was fighting. Yo you forgot about Sven. second lowest WR in divine+ despite being one of the simplest hero to play. 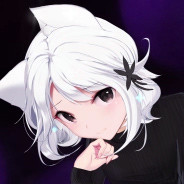 Pudge nerf is well deserved, too many 4s do nothing but miss hook