Once again we are looking at the top tier heroes in the current meta for pub matchmaking. Today we are going to devote our full attention to cores, be it mids, carries and offlaners, to identify the most statistically successful heroes and figure out why they work so well.

Slardar — the most consistent offlaner

Despite all the nerfs, Slardar is still one of the most successful heroes in public matchmaking with an average win rate of 52%. He is also among the most popular heroes as well, being picked in roughly 15% of all games. The only bracket where the hero struggles is in Ancient, where his win rate drops down to 49%: players at this skill level have an idea of how to play against the hero, but might have not yet developed strategies or mechanical skill to squeeze out the most out of Slardar.

We truly believe that the main reason the hero is so good in most brackets is that he is pretty straightforward: you run or blink in, initiate, use Corrosive Haze and then try to be as disruptive as possible, while surviving. Slardar’s natural playstyle of just hitting enemies is exactly what many lineups need from their offlaner. He isn’t too easy to deal with and it is hard to ignore him, given a consistent stream of bashes.

Building survivability and mobility on Slardar is key and he is a pretty greedy hero with no flash-farming capabilities. That makes him a high-risk, high-reward proposition, but as shown by stats, the risk is definitely worth it. Just make sure you know which targets to prioritize and make sure your item builds include something that can help with survivability.

Phantom Lancer is an annoying hero to deal with and that greatly contributes to why he is so successful in pubs. 52% win rate and a 10%+ pick rate make him a consistently great pick: there are very few matchups in which he truly suffers.

The combination of high elusiveness, good farming potential and the ability to start joining fights relatively early with a rushed Diffusal Blade check the most important “meta checklist” boxes. On top of it, heroes that typically trouble Phantom Lancer are either not as popular or not as powerful as before. Most notably, Ember Spirit and Leshrac are both at <10% popularity and <50% win rate.

Dealing with the hero can be very problematic come midgame, so trying to focus on getting map control early on is preferable. Lancer can’t really do much in fights before his first couple of items, so picking strong lanes and having a dedicated scout to keep eyes on this elusive hero at all times will make your life a lot easier.

Huskar, even after the nerfs and our dealing with blog post still runs rampant across all skill brackets. In fact, he reached almost 60% win rate in the Ancient bracket this week. The hero is possibly the strongest situational core in the game right now.

The hero’s popularity is decently low: he is hovering around 10% and he is definitely a last-pick type of hero. There are some hard counters to him in both support and core categories, so it might be a good idea to open up with something like Ancient Apparition or go for high physical damage cores like Death prophet in the later stages of the draft.

Finally, itemizing properly against this hero is a must: you can’t play greedy against Huskar, since the hero’s tempo is incredibly high and it is not uncommon for him to attempt highground pushes with the first Aegis. Get Spirit Vessel in a timely manner if you can, get Glimmer Capes on supports and hold the line, while playing safe.

Razor — worth a try

While supports sometimes shy away from playing mechanically demanding or micro-intensive heroes, core players frequently disregard heroes who are a bit on the boring side. Razor is definitely a victim of this with one of the highest win rates and a relatively low popularity.

Sure, the hero isn’t doing too well in the highest bracket this week, but he is absolutely dominant in the 2k-5k MMR range. The ease of execution coupled with relatively low greed and the ability to scale well should not be underrated, especially in a pub environment.

He is also one of the best heroes to deal with the carries who are popular in the mid levels of play: Juggernaut, PA, Monkey King and Slark are among the most popular heroes in Archon to Ancient and Razor, given proper positioning, counters all of them. LC is pretty good too 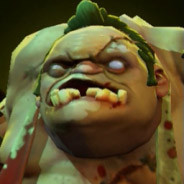