When should you play Bounty Hunter?

Bounty Hunter managed to look both amazing and absolutely inept in the DreamLeague Season 11 Major. When played by Secret.Zai he managed to quickly take control over the lane and come out as the highest net worth hero on the map by minute eight. Attempts to play the hero by other players weren’t as successful.

There is no denying that personal skill is a big part of unlocking any hero’s potential and Zai is, indeed, one of the best offlaners in the world right now. However the same can be said about EG.s4, VP.9pasha and Fnatic.Iceiceice, all of whom have lost on the hero. Perhaps the secret to success lies not primarily in perfect execution, but rather in the heroes Bounty Hunter is facing.

Why is Bounty Hunter even relevant?

The initial reaction to 7.20 changes to Bounty Hunter was mixed. On one hand, the hero provided less utility for his team, lower chase and escape potential and generally had a harder time fitting into meta, revolving around lane dominance. On the other hand, reworked Jinada proved to be a lot more potent, than initially assumed.

This latter point is what allowed him to enter the professional scene in a new, slightly slower patch. When it comes to laning, Bounty Hunter doesn’t actually deal a lot of damage. His starting attack damage is at reasonable 52. What he offers, however, is a very tough body with 6.36 starting armor, decent 600 HP and 315 movement speed.

That means that the hero, while not necessarily great at last hitting and denying at the start of the game, is absolutely amazing at trading HP—courtesy of high armor regeneration consumables are more effective on the hero, while high starting movement speed allows Bounty Hunter to get close and personal with most heroes in the game.

That directly translates to his current main playstyle for high-level games. Bounty Hunter goes offlane, preferably facing the enemy item- and level-dependant carry and starts to relentlessly trade with him. Lanes with Bounty Hunter generally look a lot closer to mid matchups, rather than the sidelane ones, with Bounty Hunter constantly trying to edge out an extra hit, doubly so when Jinada is off-cooldown.

The result of such aggression is two-fold: in a typical 2v2 situation trading with equal skill will almost ensure that the Bounty Hunter lane is on top in terms of HP and Mana resources by minute 5 and Bounty Hunter should also have a distinct economic advantage.

Before we start discussing Bounty Hunter further, we need to have quick reminder of the importance of timings in Dota. When watching high level games, especially from high-tempo aggressive teams such as Virtus.Pro, one thing stands out: the item timing synchronization.

To a viewer, especially someone relatively new to Dota, it might look like a lucky coincidence: several members of the team suddenly get BKB and go for a push or Mekansm on one hero comes within a minute of a Manta Style purchase on the other player, leading to a smoke-gank. It is anything but a coincidence.

Professional players fully understand what they are doing and distribute the economy accordingly: the effect of multiple game-altering items coming at the same time is much higher than the effect of any such item getting purchased alone.

If your Razor just purchased BKB, but your Phantom Lancer is still two minutes away from completing his Diffusal Blade, it is two minutes this BKB is essentially dead. You don’t want to fight into the enemy team at this point or go for a push—you want to finish your item, and that means your enemy has two minutes, where they can potentially make a play, gain an economic advantage or generally adjust to what your team is doing.

What if, however, Razor finishes his BKB a minute later, giving some space to farm for his Phantom Lancer to finish his Diffusal Blade a minute earlier? Suddenly, your team is online for this stage of the game a whole minute earlier and can start making things happen.

For the overall amount of pressure your team can exert and the plays it can make item timing synchronization is key and it generally involves more than two players, but better teams constantly try to win these extra 30-90 seconds and abuse it, generally by taking towers or Roshan. If the enemy doesn’t respond, your team gets a free objective. If they do, they are fighting an uphill battle and while it might not be particularly steep, there is still an advantage in your favor.

This happens countless times throughout the game: who gets to double-boots first in lane and can do something with it, either ganking mid or doubling down on lane pressure? Who finishes their Drum and Atos first and can go for the outer towers uncontested? Who gets to level six on supports and Phase Boots+double Wraith Band to start applying pressure or looking for a rotation?

Jinada is not about absolute gold gain and loss

If played at least decently, Bounty Hunter completely destroys item timings for the enemy team. Many players assume that the absolute value of gold stolen and gold gained is the key advantage of Jinada, but we don’t believe it is the case. It is a big part of it, but we think the hero is picked primarily for disrupting the enemy item synchronization timings.

In a sense, ensuring one of the enemy cores has a bad game or even slightly falls behind means that the second core can’t be fully active, regardless of how well his game went. You can create a situation where one enemy wants to play catch-up, while the other is torn between responding to your plays as a single farmed core or trying to farm up himself, limiting the space available for his teammate and forcing them to spread out, making them easier to gank in the process.

Then, if your team is coordinated enough, you can punish the enemy even further, quickly gaining economic advantage through taking objectives or getting track kills.

Why is the hero losing, then?

There are two main reasons we’ve seen the hero be unsuccessful in the professional matches. One of them is mostly draft related, while the other is execution-based.

Virtus.Pro adapted to Bounty Hunter lane in the third game against Evil Geniuses by having a core that is very good against melee heroes and physical damage harassment. Phantom Lancer was even an occasional mid pick in previous patches and there is a good reason for it—the hero also has great starting stats, is very good at last-hitting and has an innate escape. With the help of Phantom Rush he can easily match BH in terms of trading hits.

He was accompanied by Shadow Demon, a hero who can continuously harass with Magic Damage, mostly negating high armor on Bounty Hunter. We believe any hero with a lot of magic damage would generally work in this capacity, ensuring that Bounty Hunter is constantly threatened and can’t fully commit to disrupting the income of the core.

Without the ability to harass unpunished, there is very little Bounty Hunter can do. Luckily for most pub players, lanes in regular matchmaking are generally not as specifically aimed at surviving BH onslaught, though the hero is generally picked third or fourth, allowing the enemy to adapt.

When it comes to execution-based countering, there isn’t really much to discuss. Sometimes you can win an uphill fight in an early 5v5 through better spell usage, defensive positioning that prioritizes the lives of your teammates, rather than the damage on enemies, and a couple of buybacks.

Buying back on your most farmed core in the early game to rejoin the fight has been pretty popular among the professional players, despite the downsides. It can pay off massively in terms of both gold and XP for your team and also helps the lesser-farmed core to catch-up, synchronize and eventually allow your team to go for plays themselves.

When should you play Bounty Hunter?

Bounty Hunter is currently in top15 of most successful picks in the Divine+ bracket so the hero is definitely worth at least considering in the majority of your games. We feel like the hero is at his best when played against cores who absolutely have to hit their timings, be it Radiance, Battlefury or Blink Dagger.

He isn’t particularly great against early teamfight cores who don’t need many items to apply pressure and make plays, such as Ursa, Juggernaut, Troll Warlord or Monkey King. These heroes in the hands of experienced players can generally adapt to economic starvation through early rotations with a couple of cheap items.

Overall, we feel the hero is in a very interesting spot right now and there is a reason Evil Geniuses, PSG.LGD and Team Secret experimented with him. Starve out one enemy, abuse the gold discrepancy to push your advantage and afford more teamfight items, finish the game. That’s how it works, at least in theory. so i played him in wrong way lately... It's the same as with MK: People think he's a full blown core and build him accordingly, forgetting the hidden utility the hero brings: In MK's case it's flying vision and map pressure. With BH is disrupting the enemy eco, draining their supoorts resources (gold into sentries/dust) and draining the gold from their core.

Bounty 4 is overrated. Core bounty is a lot more solid. I'm a simple man i see a jungler I take bh

^ Jungler ._. Hopefully this term doesn't exist when you reached Archon rank, my friend. Yo stop writing articles about my boy BH, you're gonna get him nerfed This is not too dissimilar to the old lich concept for getting an advantage in levels in lane. Personally I miss that, but considering it was possible to outlevel a solo player with lich +1 it is probably for the best. There are still a couple ways to achieve the early deny (ench oracle enig) but instead of utterly RUINING an offlaner or mid, the system has flipped to the advantage of the defender. I like it too, it's all these little mind games and that's fun. just firstpick it, if you dont believe watch my bh games free pts 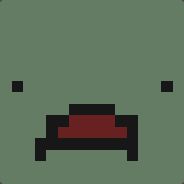 About that jungler thing...i spam enigma sa pos 4 roaming/jungle in divine bracket it's good to draw bh away from my core and annoy him I saw it back then, pos 4 BH turn into a core bitch slapping pos 2 ember like shit lategame its Pronounced as Beech not bh haha, just nerf this guy already @Bronn In your imagination maybe:
https://www.dotabuff.com/players/167016754/matches?hero=enigma&opponent_hero=bounty-hunter&enhance=overview

You don't have a single enigma game against BH dude.